Want your
TVR Pics and Vids

A restored classic
TVR on display in Luxembourg

TVR Cerbera
blows away the opposition
at Spa-Francorchamps

TVR has only ever produced hand-built sports cars. A few models are four-seaters but the majority are designed for pilot and co-pilot only. The main characteristics are a front engined, rear wheel drive format with composite body panels and a strong, tubular steel, backbone chassis giving a vehicle with a high power-to-weight ratio. The occupants have a low seat height which reduces roll and improves handling when changing direction. Almost all TVR chassis designs have been updated, throughout their lives, by input from competition experience.

TVRs, historically, have been produced with few driver aids. Their motoring philosophy is 'You had better already know how to drive if you want to go for a run with us'.

In March of 2017 TVR production was restarted on a new model using modern design philoso[phies and materials. The new Griffith will be a two-seater with a 400+ bhp front-engined V8
(developed by Cosworth Engineering) and rear-wheel drive following the TVR heritage.
The car was revealed to the public at Goodwood on September 8th, 2017 and orders are being taken for the first Limited Edition models now. 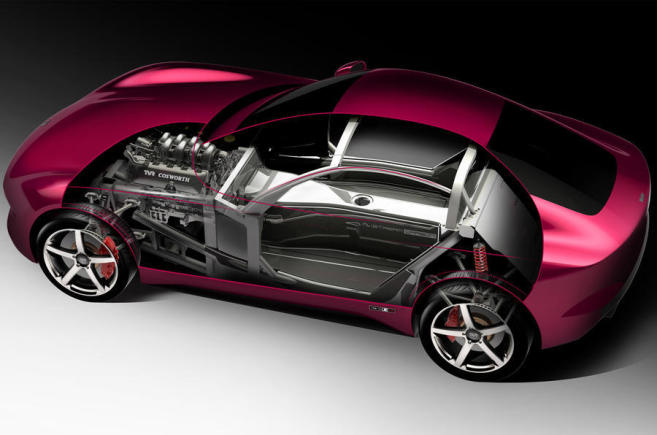